While planning our trip, we decided to take a day trip to Pisa since it’s just an hour away. Because it’s so close, there’s no real problem with taking the kids. One thing I realized is that if you have the option, take a picnic lunch and eat at Piazza dei Miracoli. There are so many tourist traps along the way that it’s hard to find good eats. We settled for a restaurant that was just ok but many people raved about it on Trip Advisor. (I don’t use Trip Advisor. I don’t trust it.. for good reasons)

While resting our feet and trying to stay cool, I noticed lots of people had sandwiches that they had bought along with them. I don’t know how long it will be before they start banning people from eating there but take advantage of it now.

It was hot and the girls didn’t like walking in the direct sun. There’s a point when Via Carducci turns into Via Fedeli and it changes directions and you’re no longer walking in the shade but in direct sun so by the time you reach Piazza dei Miracoli, you’re miserable. First stop was the restrooms which are FREE for kids AND.. you get to skip the line!

If you’re thinking of visiting Pisa, there are two apps you can download to make your trip more enjoyable. One is Walking in the city-Pisa. It gives you different routes to take so that you can see what else Pisa has to offer besides the Leaning tower. There’s also City Treasure and that’s a virtual treasure hunt. Using your the camera on your phone, you have to scan hidden objects, all while touring the city and learning about the history. At the end, if you beat the time you get a prize and it tells where in the city to go claim it!- Both apps are recommended by the Comune of Pisa 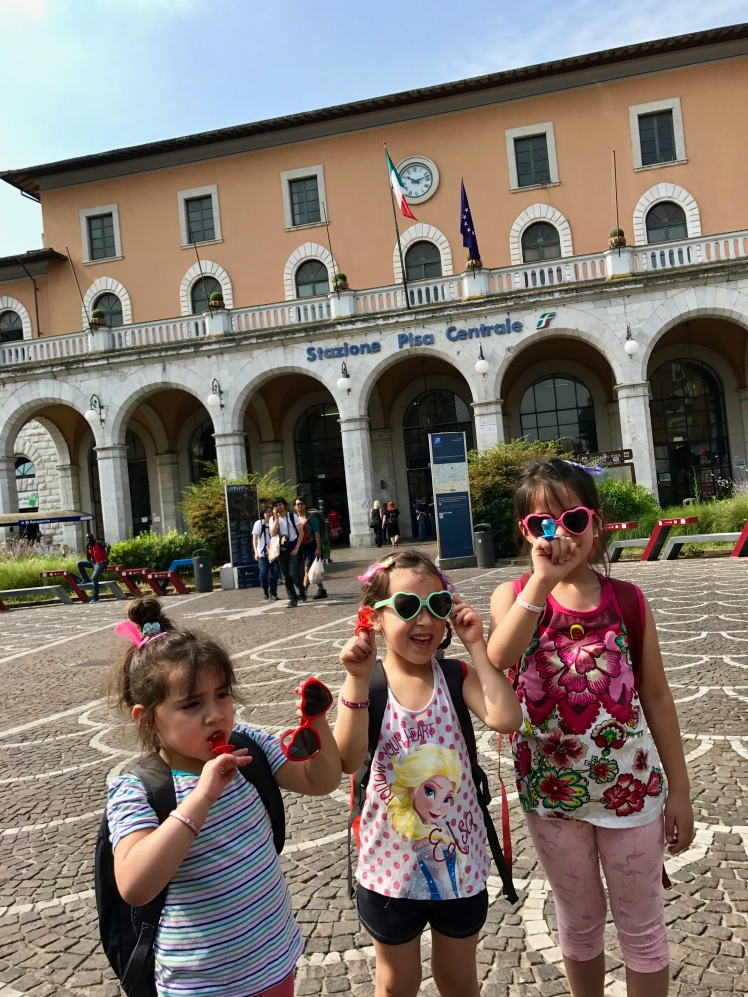 Are you familiar with Keith Haring’s Tuttomondo? I was familiar with some of the work but I had no idea what his name was so when pictures of Tuttomondo came up during my Pisa research, I pinned it immediately and made sure it was our first stop. It’s literally around the corner from Piazza Vittorio Emanuele II, near Pisa Centrale. Everyone walked right past it because it’s not facing an outward street. My first visit was in 2009 and I remember walking down Via Roma. While that was nice it’s not as nice as Borgo Stretto. With Borgo Stretto, come narrow streets and porticoes to shield you from the sun as well as the best gelato we had there! 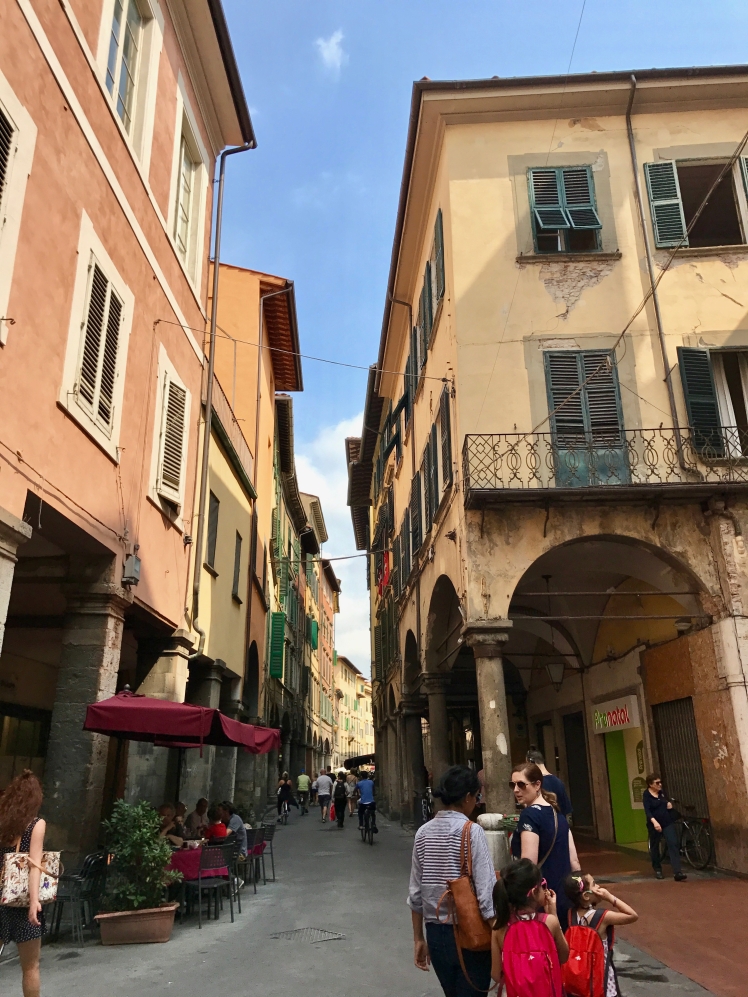 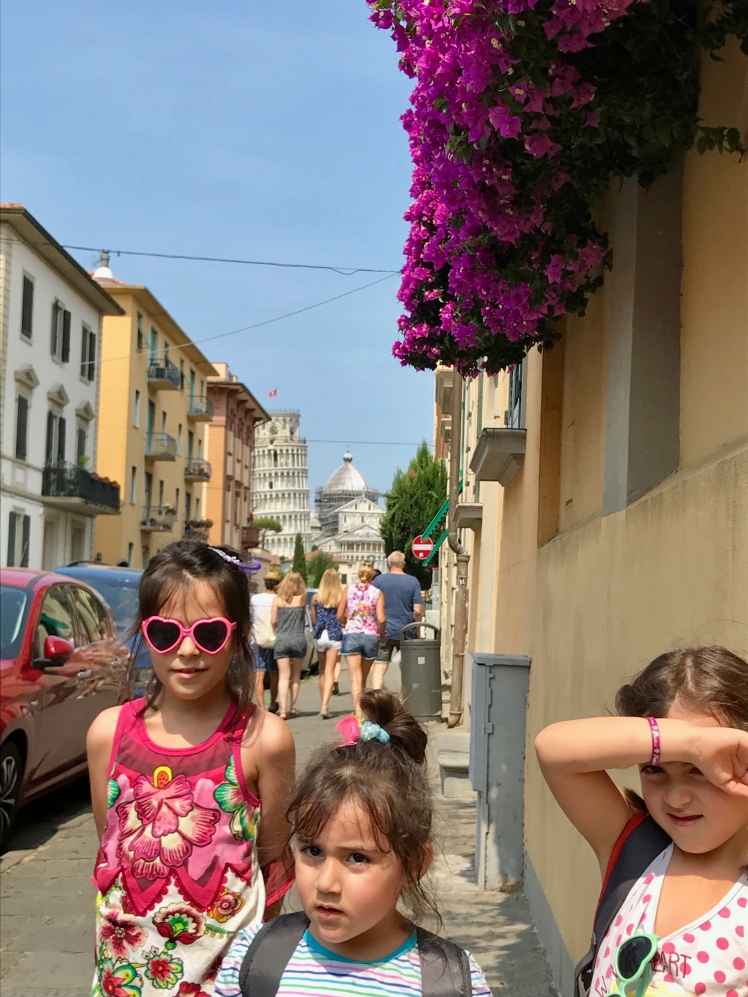 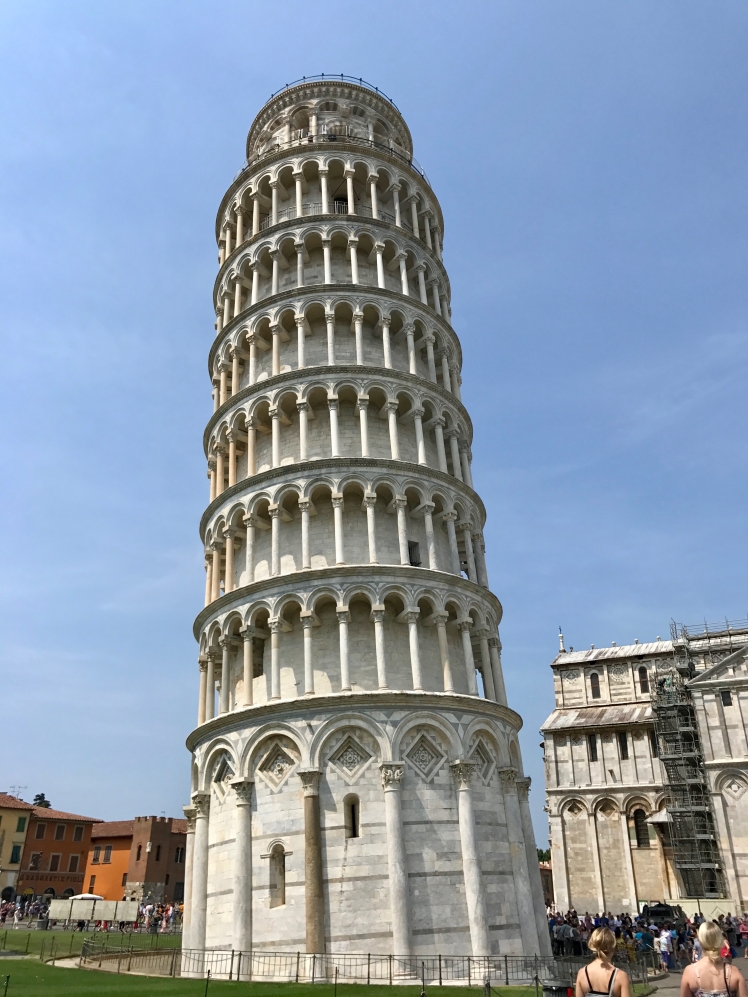 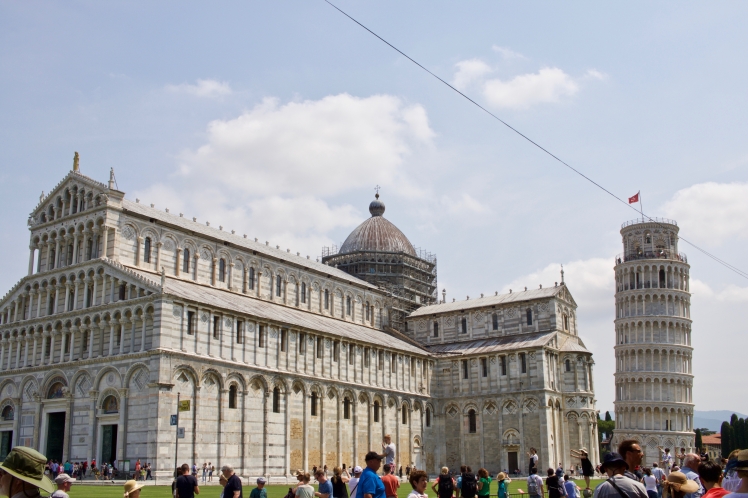 Hot, tired and getting hungry we had some flavorless granita while we shopped for souvenirs.

I have to mention why I took the photo below. This family were trying to decide what to have and the father suggested just getting a hot dog. The son (red shirt) exclaimed that, “I’m not getting  hot dog. They’re not known for their hot dogs. I’ll have a burger.” I kinda wanted to smack him and tell him that he would have been better off with the hot dog.. or even the (probably) frozen pizza! 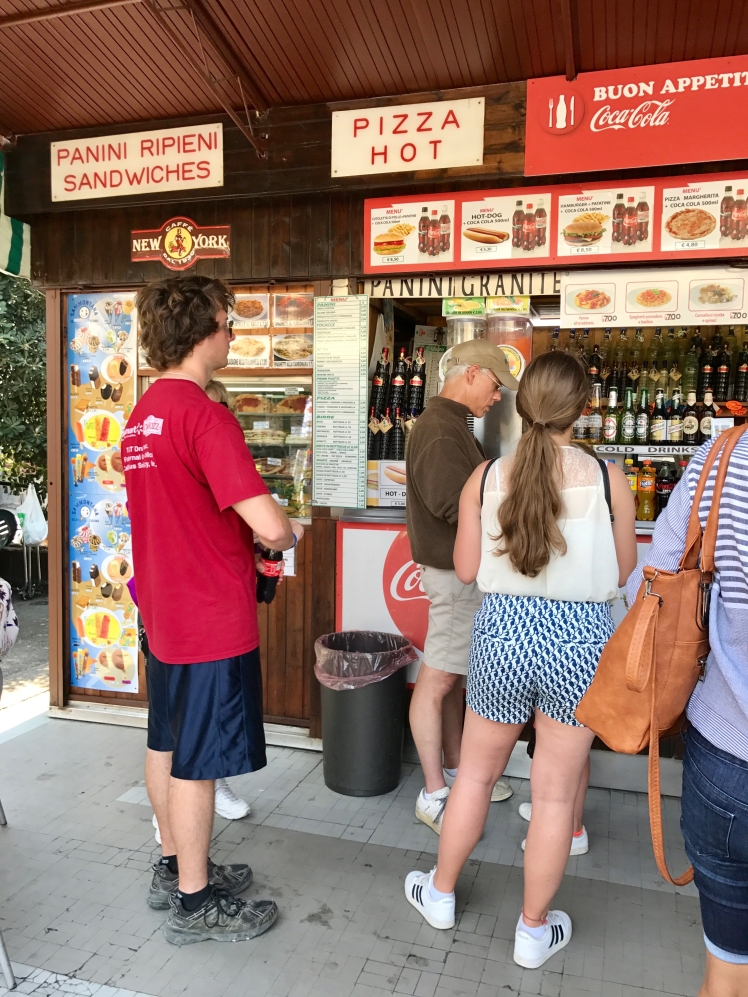 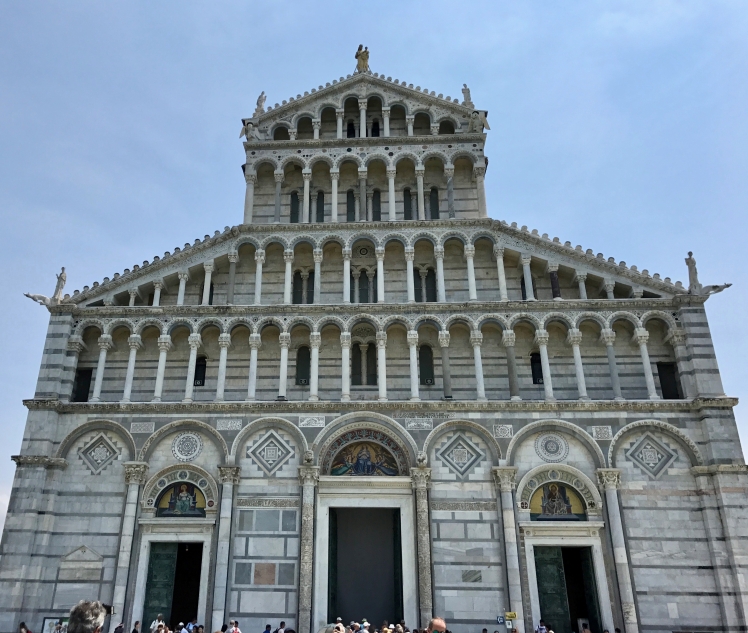 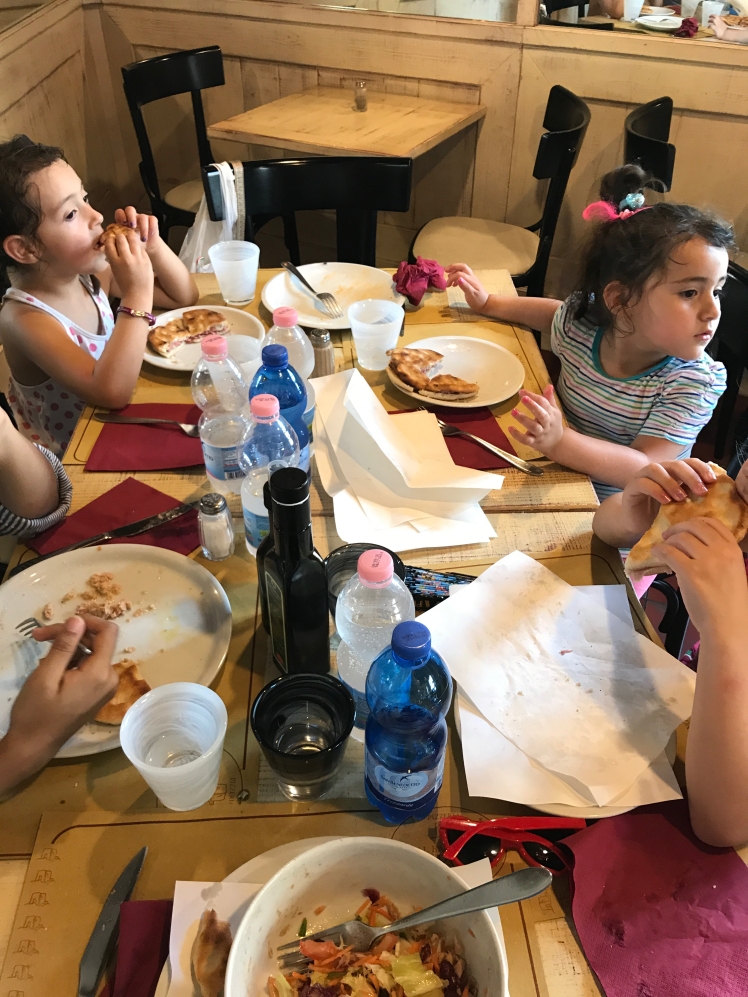 These girls did so well and I am so proud of their efforts to remain happy and good sports. After arriving back to Florence, we went back out since it was our last night. At the end of the night, they were asleep 5 minutes after arriving at the apartment.

*notice how there aren’t any playgrounds mapped out?! that’s because they’re all out of the city center and away from the crowds.