Last month, I had to take Miss V to the Ophthalmologist for a general exam. It was already her second visit so we were familiar with the area. I had scheduled her appointment for mid morning  so that I could have some time to take her to a playground near by. Had I known about this playground sooner, it would have made past appointments so much more bearable. 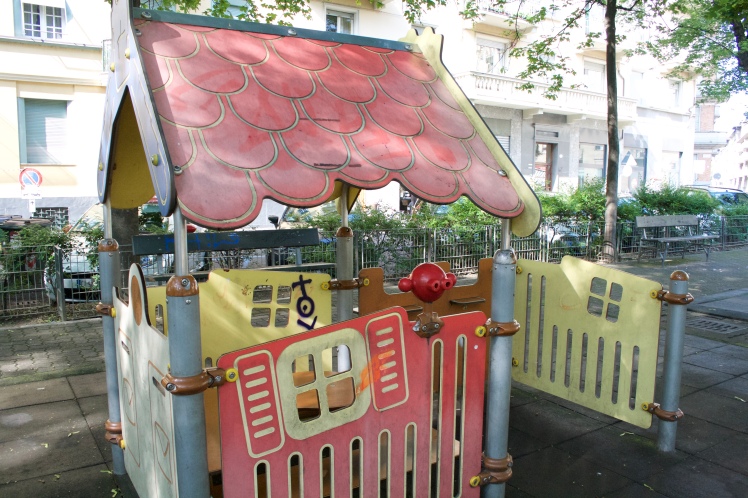 I was pleasantly surprised when I saw that it was located in this small piazza. There’s nothing particularly notable here but it’s cute. It’s near several markets so I can easily see how it could be a nice spot to sit and relax after shopping. 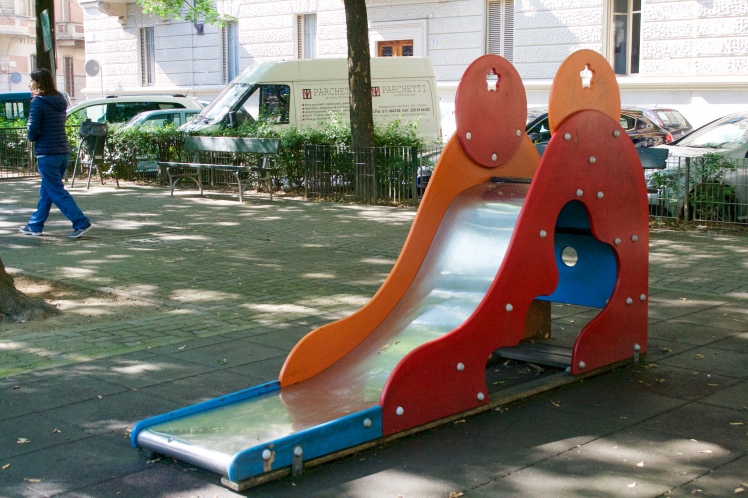 The playground itself was perfectly situated among the trees which will definitely be an advantage during those super hot summer days. Miss V was really excited to see the rock climbing wall which is something she’s starting to enjoy. She’s kind of a girly girl so it’s nice to see her finally become more physical. 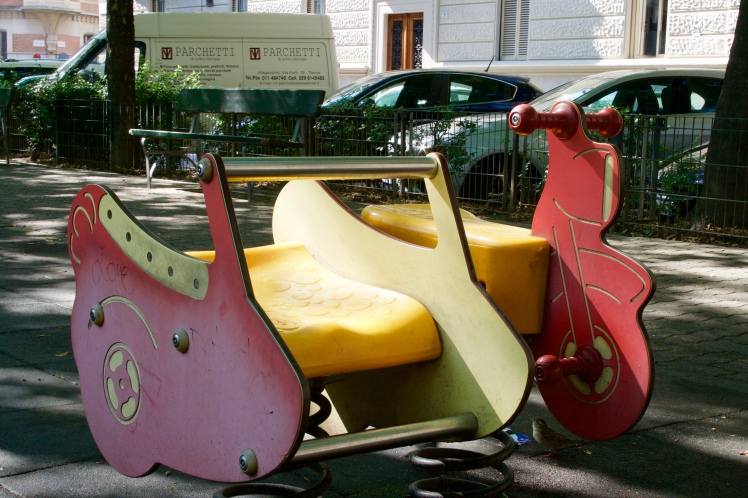 Overall, this playground is pretty clean and great small kids as well as the bigger ones. I would recommend it if you’re in the area.

To see all of the playgrounds on a city map, click here.

*The city tries its best to upkeep these play areas. They’re cleaned once a week and checked for broken and damaged structures. They’ll often place a sticker on the equipment (usually the swings) with the date and time they controlled everything. There is also small plaque indicating the recommended age for use. While most of these playgrounds are gated some may not be completely closed off and most are located near very busy streets.