It’s my favorite holiday. I’ve always loved it. Living in a country where Halloween is not a “tradition” is hard when you’ve grown up with it. Slowly, people here are starting to celebrate and while they all think it’s Ghosts and Goblins my girls and I are all over here being as American as possible. 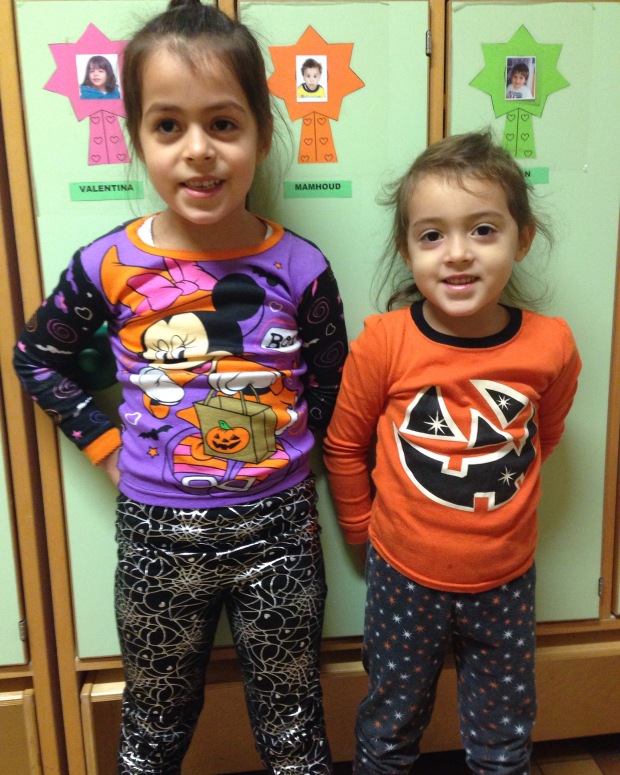 Every year the girls’ school likes to have a party around Halloween (even though they don’t want to call it a Halloween party). This year it was a pajama party and I’m pretty sure my girls were the only ones sporting Halloween pjs! 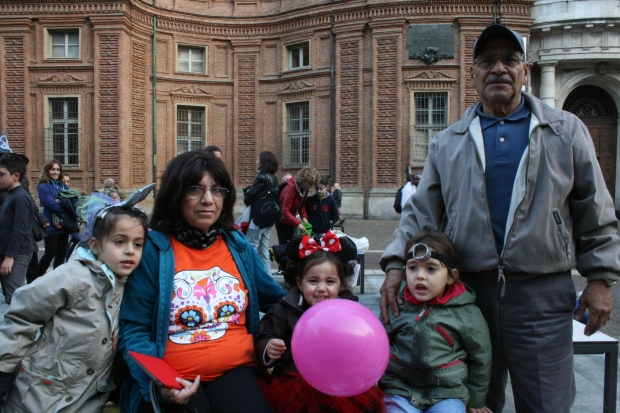 On Halloween, Miss V was sick but she seems to be doing a bit better so we quickly went downtown for gelato. Although she didn’t feel good, she was a good sport and enjoyed herself. There were quite a few kids out trick or treating and it was fun for the girls to see others dressed up. 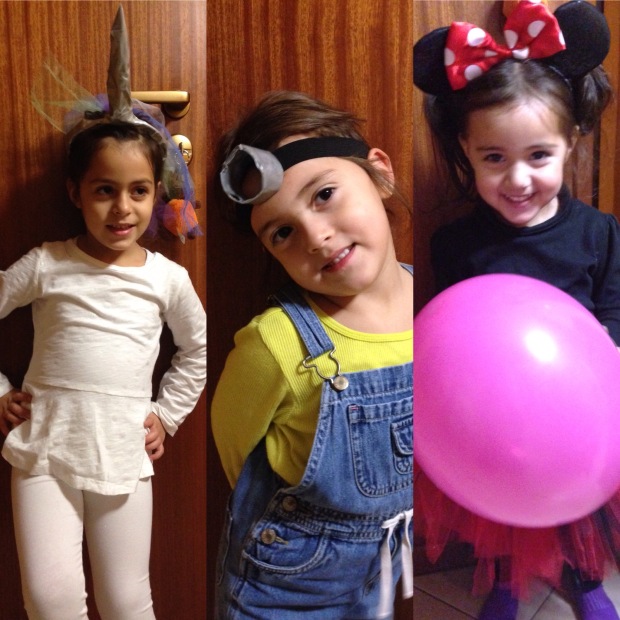 We wanted to do a group costume but since Halloween still isn’t that big of a deal here and trick or treating in my neighbourhood is still new I didn’t want to spend a lot of money. So we DIY’d it this year. My unicorn just had a horn fashioned out of a toilet paper roll and ducted taped to a headband. We then added some tulle to a rubber band for her “magical” effect. My minion had her “eye” made of the same… toilet paper roll and duct tape. She already had a yellow shirt so my mom found the overalls at a second hand store. Minnie was Miss V’s costume from last year… easy peasy!

Hope you’re Halloween was just as fun as ours!

There was an error retrieving images from Instagram. An attempt will be remade in a few minutes.

All photography on this site is property of A Texas mom in Torino. Photos that have been watermarked with TurinLove, MySweetMonkey, La Dolce Vita, and La Nostra Piccola Famiglia are owned by me.

The artwork for this blog has been provided by artist DMQ. Visit her Etsy store- Stickers and Carrots!