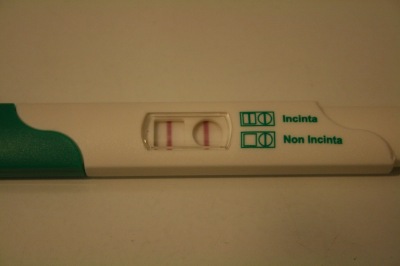 Next to Lucy, Friends is my all time favorite show and there was no better way to describe how I’m feeling better than Phoebe’s mood swings.
Before I actually “knew” that I was with child, I was really tired. My parents were in town and I just thought that I was stressed. Taking care of 2 little ones, plus cooking and entertaining is hard work. I just wanted to take a nap everyday. Once they left, I figured I would calm down and my “stuff” would come. I waited and waited. I was really getting exhausted and overwhelmed with everyday tasks. I started to think that maybe I was having a bit of postpartum depression.
After a week, I knew that I was probably pregnant again but didn’t want to find out just yet. I went about my days normally. Then one day, I was cutting into a melon I had bought a week earlier. I had procrastinated in preparing it and it was starting to go bad. So I cut into it and I started to cry. I had to throw the melon in the trash. It had started to go bad and I was crying because I had allowed myself to wait a week. I was crying because it had gone bad. I was crying because I was tired of being tired. I was tired of procrastinating for the fact that I was tired. I didn’t want to feel that way anymore. I cried for about an hour. Luckily, Carlo was at the playground with Valentina. When they got back, Carlo could tell something was wrong but I didn’t want to talk about it. A few days later, he asked me again and I told him. His reply… “THAT’S IT?! You cried over a melon? You MUST be pregnant.”
The next day, I went to the pharmacy and bought 2 tests. I took one that evening but must have done it wrong (how is that possible?) because there was no results. I turned the water on in the bathroom and stuck the test in it. It was positive. So maybe I didn’t have enough pee. The next morning, I did the test but this time, I peed in a cup and dipped the stick. POSITIVE. As before, we waited until the 12 week sonogram to confirm and announce on FB that I indeed have a bun in the oven.
Tomorrow (Sept. 6th 2012) I will start my 16th week. I’ve been extremely exhausted but have not had any nausea which leads everyone to believe that this one just might be a boy. We’ve decided to let it be a surprise and NOT find out what we’re having. So we’ll just have to wait until February 21, 2013!  (which so happens to be the day before Eli Kate turns ONE)

One thought on “How I Knew.. before I Knew”