A couple of weeks ago, Carlo, Valentina and I were apart of HISTORY!  On March 6th, Torino opened up 6 new metro stations.  Now, normally this wouldn’t be that big of a deal but these new stations take you to the “not so great part of town” and into EATALY!!  My first and sadly, last post about Eataly was in 2009. It’s not that I don’t want to go but, we have to take the metro into town and then hop on a bus to get there.  If we didn’t have the baby it would be easier but, taking a stroller on a bus isn’t always fun.

BUT NOW… we don’t have to worry about that!!!  We decided to be a part of history and ride the metro on it’s inauguration day.. all the way down to the last NEW stop! 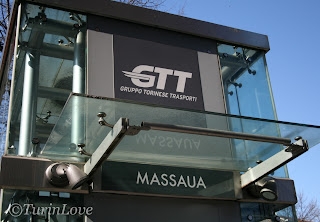 Since the inauguration day was a BIG deal, the city opened up the metro it was FREE to ride from 1pm until the close of the day!  That’s really the main reason why we went! 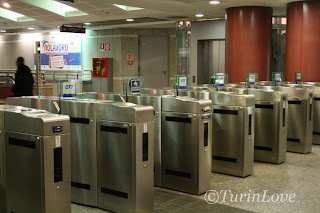 Anyone who’s been to Torino and ridden the metro has seen these stickers.  This is BearTO… the metro mascot! 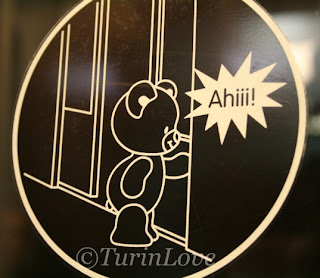 It was so great to ride the metro all the way to Lingotto! This new addition has made it possible to get from one end of the city to another in a little over 20 MINUTES!  The metro is only 5 years old so, before then it would take 2 hours to cover this same area.  It’s amazing how much things can change in 5 years right?!? 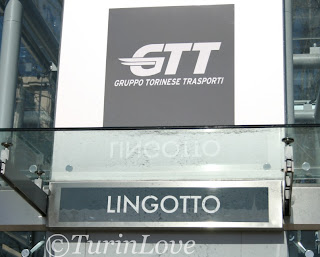 The opening of the new stops coincide with the unification celebrations so, there were Italian flags everywhere.  Like a mom… I told Carlo to please stand in front of the flag so I could get a picture of him and Valentina….. after all, it’s history! I must document!! 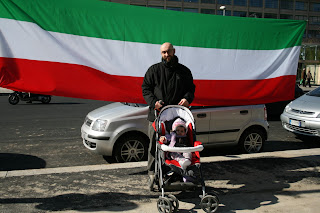 2 thoughts on “Going to Eataly just got easier!”