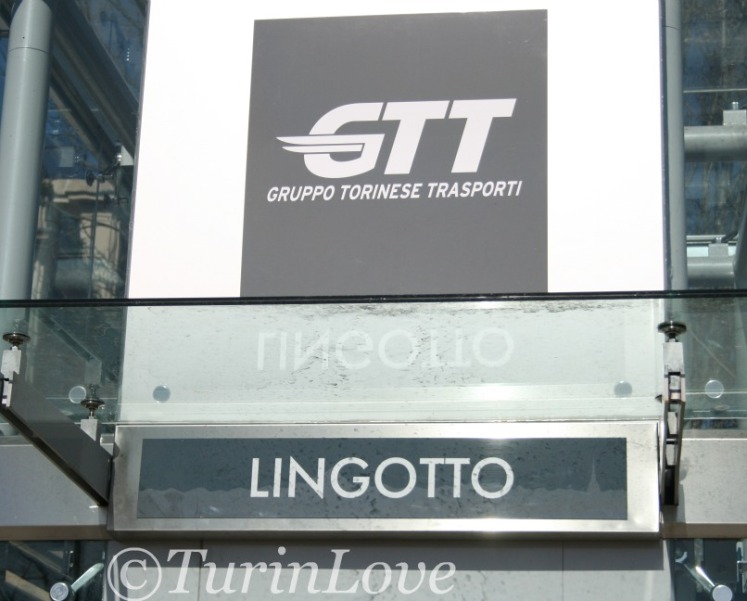 Anyone who has been to Turin knows that even though this city is large, it’s quite small compared to Rome or Milan. As the forth largest city in Italy and host to the 2006 Winter Olympic games, Turin has started to improve their public transportation.  I am told that the city did not want to have a metro system but because of the Olympic games, they had decided to build one. Now five years later, Turin’s metro is the easiest and most convienent way to reach the city center.

The initial route took you from Fermi (the name of the stop in Collegno) to downtown Turin, also connecting passengers to the two train stations, Port Susa and Porta Nuova.

Torino GTT’s metro system now connects nearby Collegno,a suburb of Turin, to Lingotto, southeast end of the city. The current line gets you from Fermi  to Lingotto in just over 20 minutes. While this information might not seem relevant, you have to understand that before the metro, it would take 2 hours by bus to cover this distance.

The Lingotto district was named after the Lingotto building which was a Fiat automobile factory. If you’ve seen the original Italian Job (1969), perhaps you’ll recall the chase scene which was briefly shot on the rooftop racetrack of the Lingotto building. Even though the building now is currently occupied by a shopping center, cinema and several offices, the racetrack is still open to the public.

If visiting a part of automobile history isn’t your thing, then walk to the next block and grab a bite at Eataly Torino. Eataly, which has expanded to Japan and NYC, was first opened in Torino. It’s a food lovers paradise and always worth a trip just to walk around. Thanks to the GTT it’s even easier to go!

For more information about using the GTT system visit their site.