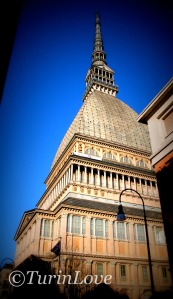 This is TurinLove. A site dedicated to the city of Turin, Italy.  Located near the foothills of the Alps in Northwest Italy, Turin has long been one of Italy’s best kept secrets. As Italy’s fourth largest city, Turin is home to Fiat, The National Museum of Cinema which is located in the Mole Antonelliana and the second most important collection of Egyptian artifacts (outside of Cairo).

Thanks to the 2006 Winter Olympic Games, Turin was introduced to the world as a city filled with style and rich in history.  Despite having the attention of the entire world, Turin has remained a place where you can experience Italian life without the abundant presence of tourists.  While many continue to flock to well-known cities such as: Rome, Venice, Florence, and Milan; Turin remains practically untouched by most.  Yes there are the occasional tour buses and those who come to see The Shroud of Turin but it’s easy to feel a sense of authenticity as you search for that perfect gelato.

In 2011 Italy will celebrate 150 years of unification and as Italy’s first capital, Turin will host festivities from March until November. From festivals, concerts, museum exhibitions and more Turin is THE place to be in 2011.

We invite you to come explore, see and be seen but most importantly, come and fall in love…. with Turin.